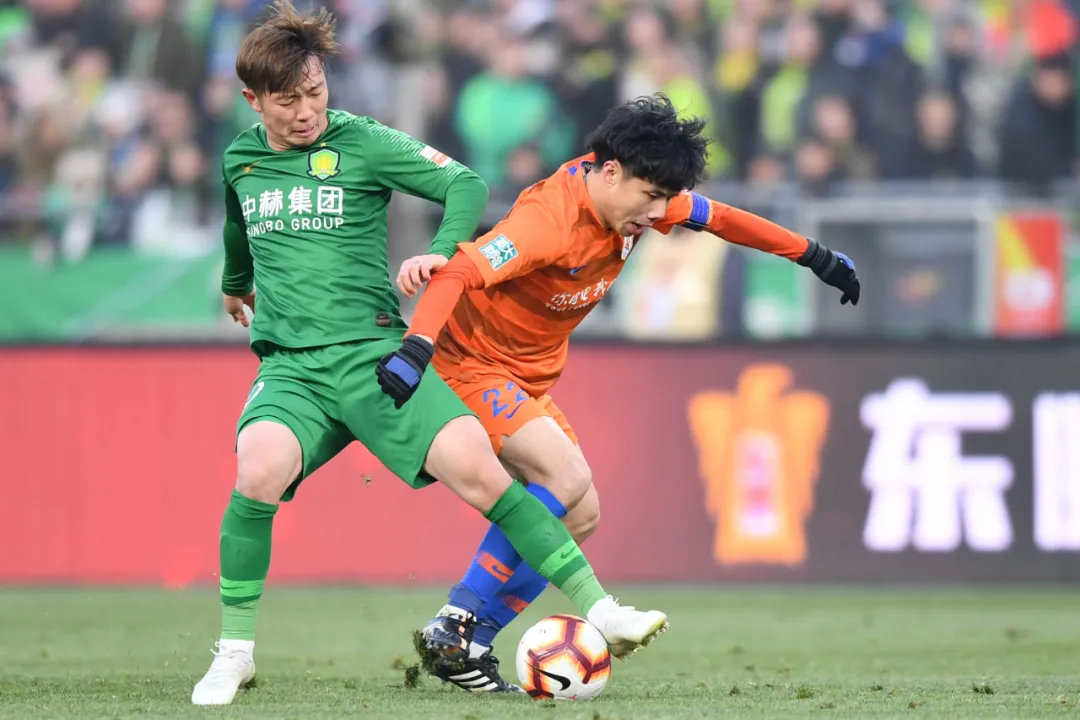 ​Before Luneng’s coaching change, people from all walks of life are still looking forward to this game: from the overall strength, Luneng is naturally inferior to Guoan, but the difference is not too big. More importantly, Luneng has a very good winning rate against Guoan in the past many seasons. Gao: Luneng lost to Guoan twice recently, one on May 29, 2016, and the other on December 1, 2019. During the period of more than 40 months, Luneng has not lost to Guoan, even the Football Association. Cup Guoan won the championship, but after two draws, Luneng missed the championship due to the disadvantage of away goals.

​As a result, Luneng once won the title of "Guoan Nemesis". Luneng’s restraint on Guoan at the technical and tactical level was recognized by the media and fans of Guoan, otherwise it would not have won the first stage A of the 2020 Super League in Luneng. After the third group, some people in the media from Guoan said that "Luneng chose Guoan on its own initiative."

However, with the replacement of Luneng coaches, Guoan’s media and fans have also become relatively optimistic, believing that Luneng’s coaching change is beneficial to Guoan.

​There are two issues that need to be explained: First, Luneng did not actively choose Guoan. Of course, Luneng wants to be second in Group A and second in Group A. It is not popular against Chongqing Modern, which has sold core foreign aid? But Suning defeated Evergrande, and Luneng's chance of getting second in Group A was very slim, so the fans also saw that Luneng himself was discouraged in the last round and passively accepted his fate against Guoan.

​At that time, Li Xiaopeng said, "I prefer to play against teams like Guoan." This is actually a self-motivated or self-motivated after passive placement, and Li Xiaopeng said "like" rather than "willing". As for the Guoan media personage at the time that "Luneng took the initiative to choose Guoan", perhaps it was also out of consideration to encourage Guoan.

​Second, in fact, Guoan is not just a fear of Lu. Another nemesis of Guoan is Shanghai SIPG: in the past 7 games (5 league games, 1 FA Cup, 1 Super Cup), Guoan has lost all of them. SIPG's record against Guoan is much stronger than Luneng.

​So on the whole, Guoan’s problem is the restraint of tactical routines: SIPG and Luneng’s strengths are relatively close to those of Guoan, but both teams adopt defensive counterattacks against Guoan, and the quality of defense can curb Guoan’s offense. , The offense is very distinctive, and the national security line is indefensible. On the contrary, against Evergrande, which adopts a balanced offensive and defensive approach in the league, both sides can come and go. Guoan's record is better than against Shanghai SIPG and Luneng.

​However, with Luneng’s coaching change,

​Hao Wei took office and time was not friendly to him. On the one hand, the overall adjustment of the club is difficult to complete in a short period of time. On the other hand, as far as coaching is concerned, time does not allow him to slowly sort out and adjust. Everything seems to be bad for Luneng, but football is round, especially the two rounds of elimination, such as the 2017, 2018 and 2019 FA Cup finals. All sides are optimistic about SIPG and Luneng, but Shenhua is the last laugh. And Guoan.